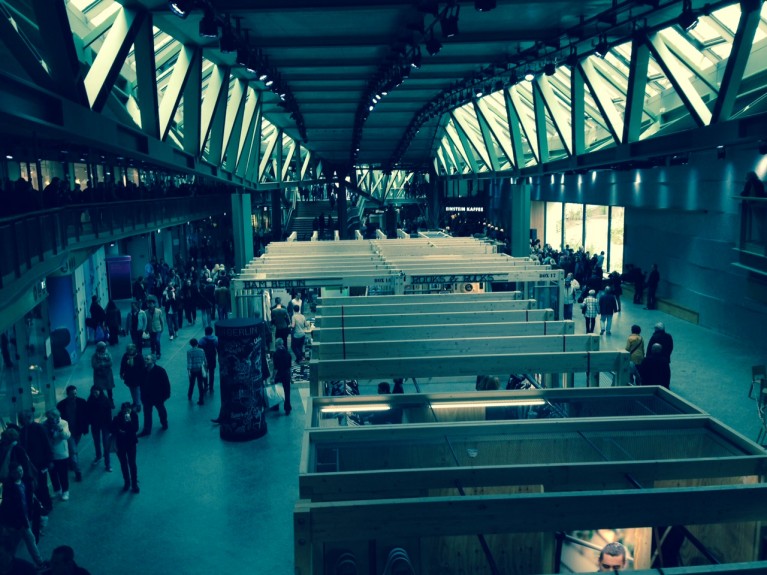 "A symbol of Berlin's post war reconstruction, of new beginnings and freedoms"

Built in 1957 the Bikini Haus was seen as a symbol of Berlin’s post war reconstruction, of new beginnings and freedoms. Its design included a second floor which has an open sided floor giving it the bikini shape and name.Much has been made in recent years of the emergence of retail and restaurants in East Berlin. The redevelopment of the Bikini Building in the heart of West Berlin has continued this, as the area re-establishes itself as a shopping destination.

The new Bikini Building opened in April and is home to concept stores, restaurants and a boutique hotel.The top floor includes a large roof terrace which offers great views of the monkeys at the zoo, which seems to be a real crowd pleaser. Whilst key tenants include Berlin designers Mykita, Riccardo Cartillone and international labels such as Gant, Carharrt and Vans.

Part of the ground floor hosts a central market place, with a constantly changing tenant mix via a number of simple wooden pop ups. Other ways Bikini tries to stay ahead of the trends is the “supernova” area, referred to as a showcase and testing ground for new ideas. Each season new designers/brands will present their vision of a store of the future.We were there during the opening weekend and whilst not all the tenants were open, the place was packed, I liked the scale which was compact compared to so many modern shopping centres and the energy and interest created by the pop ups and concept stores.