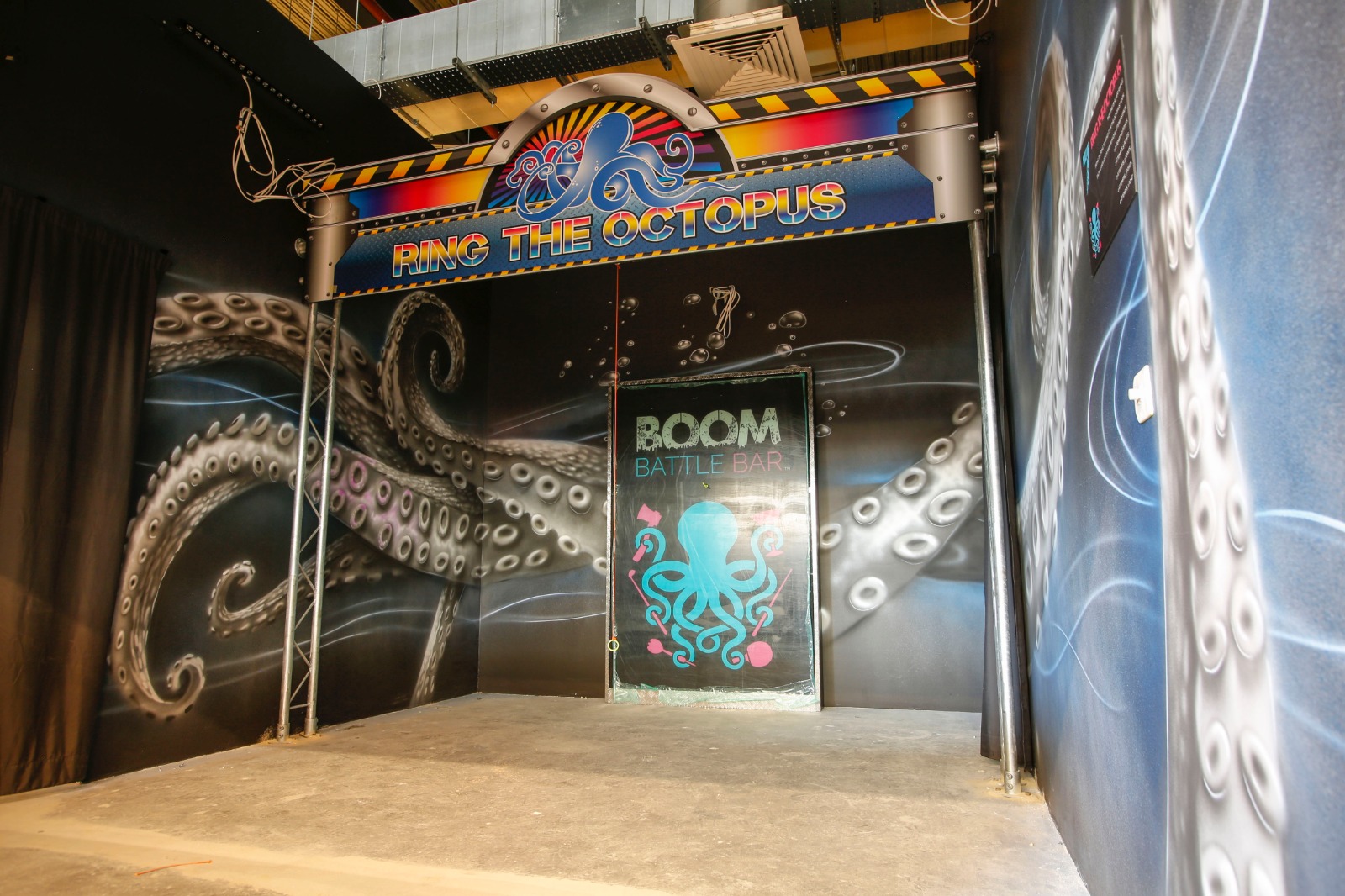 Boom: Battle Bar, the adventure bar concept from the team behind adventure park franchise Flip Out, has secured a site at the Ram Quarter development in Wandsworth, south London. The company has agreed a deal with developer Greenland UK to join the scheme, which is seeing the former home of London pub retailer Young’s being transformed into a leisure and experience-led retail destination. Boom: Battle Bar has taken a 10,000 square foot spot on the development’s riverside promenade, Barley Walk, overlooking the River Wandle. The company has taken a 15-year lease and is set to open the site later this year. The business will join London independent brewer Sambrook’s as well as Strike bowling, Mai Thai Deli and Schooner bar along with Backyard Cinema, fine dining restaurant London Stock, Story Coffee and MoreYoga. Boom: Battle Bar chief executive Elliott Shuttleworth said: “There’s a real buzz about the reopening of London’s nightlife, and we can’t wait to get people back together and give them a night out to remember at Ram Quarter.” Boom: Battle Bar offers games such as axe throwing, augmented darts, beer pong and shuffleboard alongside a central bar and street food-style offerings. Its move to Ram Quarter is part of its expansion drive, building on its current sites in Cardiff and Norwich and the company also has sites lined up in Liverpool, Lakeside, The O2, Oxford, Aldgate East, Eastbourne, Swindon, Aberdeen, Glasgow and Edinburgh. Sophie Moorcroft acted on behalf of Greenland and said, “ we are delighted to add Boom: Battle Bar to our line up because it adds to the dynamic mix which BGP and Greenland have worked hard over the last fews years to create. We believe Boom: Battle Bar will attract a new audience to the development whilst providing another reason to visit Ram Quarter.