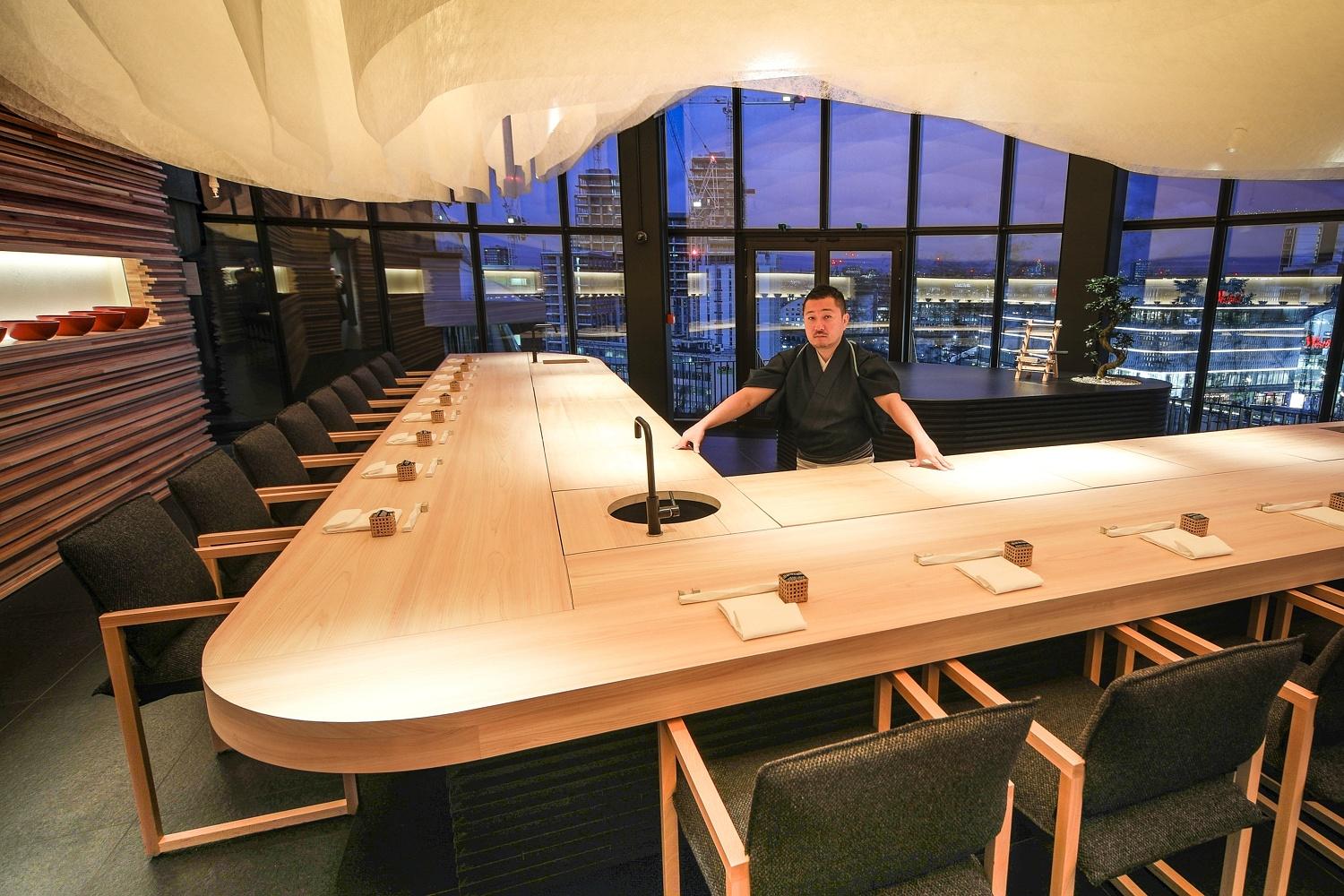 We were very pleased to see an emotional Endo Kazutoshi collect his first (of many, we suspect) Michelin star for Endo at the Rotunda at Television Centre at White City. Millie Edwards in our leasing team acted for the landlord of Television Centre, Stanhope & Mitsui on the letting which underpins the premium reinvention of White City as a destination.

Endo at the Rotunda is a 16-seat restaurant located at the top of the landmark Television Centre, taking its name from the location and the internationally renown Kazutoshi. All 16 guests sit at a wooden counter fashioned from 200 year old hinoki wood, in front of the chef’s preparation table under swathes of ethereal cloud-like fabric. This is a dining experience like no other – offering direct interaction with the chefs preparing authentic Omakase style cuisine. The attention to detail and authenticity is so precise that reportedly water used for the Yamagata rice  is shipped in from Endo’s hometown, and a third-generation soya recipe feeds both the multi-course Omakase menus and edamame a la carte selection.

In his March 2019 review, The Times’ food critic Giles Coren called his experience: ‘Probably the most perfect meal I have eaten in a restaurant in 20 years’. We are delighted that the Michelin judges feel the same and offer our congratulations to Endo Kazutoshi and the rest of the team.