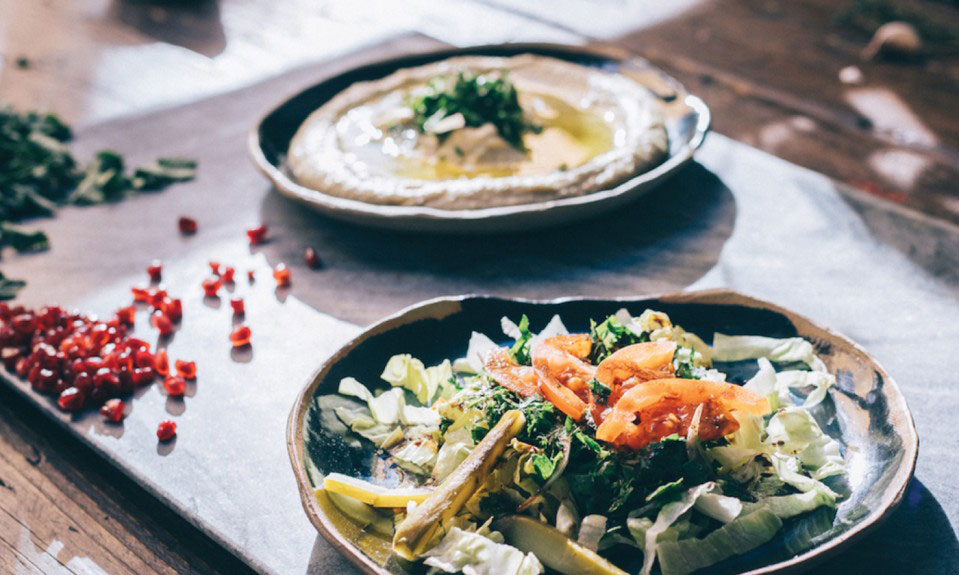 "The only complaint I had about the pop-up was that is was super crowded!"

After fleeing Syria, Imad was determined to rebuild his life and successful restaurant business in London. Imad’s Kitchen is authentic Syrian cuisine cooked from the heart.

It must have been so hard leaving your home, and successful restaurants in Syria as a result of the war, what does it mean to you to be able to rebuild this in London?

It means getting to face the challenge of building a successful restaurant business again and in that way I am lucky. It’s going to be different in London and it’s not easy but I am quite sure that it will be successful.

How challenging has it been to start your brand in London, and how has the support from companies including UNICEF Next Generation helped?

I received support from Unicef, Appear Here and The Hampstead Kitchen. Volunteer work is not something that typically happens in Syria, but with most of these people the support has been unconditional, and it has shown me how important it is to do volunteer work. It’s something I am planning on doing more of myself. I’ve been working with Oh My Good Nosh on a Syrian ready meal that’s currently being sold in Sainsbury’s, where the profits from sales will go straight to the Syrian border. Also since starting Imad’s Syrian Kitchen I have been supporting four families who are still in Damascus. Over the longer term, I would like to set up my own charity in Damascus and I believe that I have enough energy, luck and strength to do this, and I will have enough to share.

What do you think are the benefits of having a pop-up store for young restaurants?

When I was in Calais I thought I would try to open a small restaurant somewhere outside of London. However, after I arrived at Kings Cross at midnight and walked to Euston I decided that I had bigger dreams. I thought that it would take me until at least 2020 to be able to open a restaurant in London. My plan was to work in a car business and save money until 2020. The pop-up has made things move much more quickly, it gave me the opportunity to build a brand.

How have you found the response to your food, and the story behind the brand?

It’s been amazing. The only complaint I had about the pop-up was that is was super crowded.

Do you find the restaurant industry in London different to that in Syria, and if so how?

Yes, in Syria all you need is a good location, good food…and lots of it. In London it’s more complicated, you have worry about things like social media. Also the small plate concept that is so popular in London doesn’t exist in Damascus.

Where do you see the brand in five years time?

I’d like to open at least three branches. The most important thing is that they all have queues outside!

Where have your biggest influences come from?

Definitely my mother. She was a much better cook than I am, but I’m sure that she would be proud of me.

What areas of London/UK do you find most interesting for the growth of the brand?

Finding the right site can be difficult, so we are looking a a variety of areas in central London. The most important thing is that we find a property in an area where there are people who appreciate delicious food and great hospitality.

What do you think are the key challenges for the restaurant industry today?

Keeping quality at the same level, there can’t be any ups and downs. You can’t afford to have a bad day. This becomes especially tricky when you have more than one site, so it’s important that you get the first site to the point where you don’t have to be there every day before looking to expand.