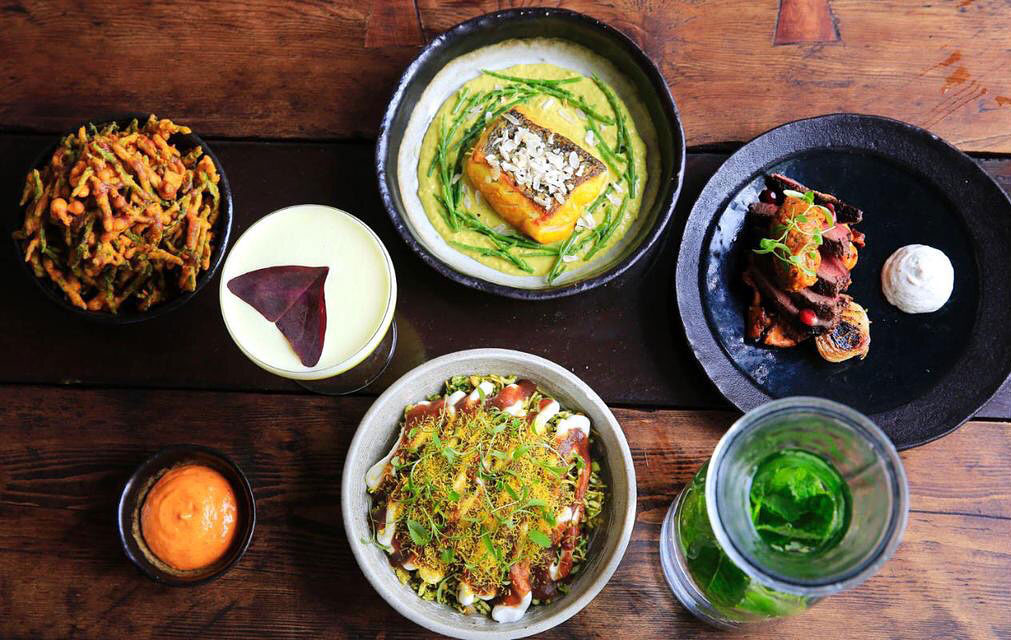 "Regulars and repeat customers are the best form of promotion"

Kricket was formed by Rik Campbell and Will Bowlby, a former chef at The Cinnamon Club in Westminster. Now located in Pop Brixton, serving seasonal and stylish British-Indian small plates and cocktails.

What is your background and how did it lead you to starting up Kricket?

We became friends whilst at university in Newcastle. Will had always wanted to be a chef and went on to train under Rowley Leigh at Le Cafe Anglais. He then took a Head Chef job in Bombay, India for two years where he developed a look and knowledge for Indian food. I worked in the City at Deloitte, Corporate Finance for 3 years before leaving in December 2013 with an ambition to do my own thing. Will returned to London in early 2014 and we decided to do something together – this is when Kricket was born as an idea. It took another year until March 2015 when we found Pop.

You have started in Brixton, how important is location to Kricket and your concept?

Everybody knows Brixton has been on the up over the last 5 years, but in fact it has still had a long way to go. Despite the large number of F&B traders, there is still room for more, particularly better quality and destination restaurants.

You have achieved some incredible reviews from top food critics, what do you put this down to?

The quality of our food and service and the team behind it. We have so many regulars and repeat customers. This is the best form of promotion.

What did you learn from setting up a pop up restaurant and how will you implement the lessons in the restaurant?

You learn the basics when setting up a pop up. It’s about building on these when taking the next steps to scale your business. Surrounding yourself with a core team who you trust is incredibly important otherwise you can put yourself in an early grave.

How important has POP Brixton been to the success of Kricket?

POP has been a great platform for us to test and promote Kricket. In relative terms it was inexpensive to set up a 20 cover restaurant in prime Brixton with a thriving customer base on your door step. Also, being part of a larger community means much of the admin is taken away from us so we can fully focus on the food and service. It’s also great to be surrounded by other driven and successful people in the industry.

What are your future plans for Kricket?

Our current plan for London is five in five years in all the hot spots, but you never know. We also have an international element which we are excited about.