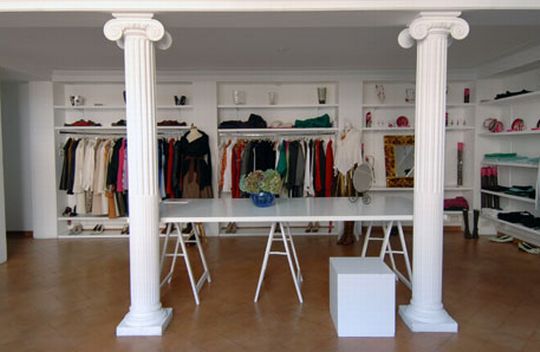 This Roman cave, located in Via Gregoriana, is a secret studio packed full with design wonders. My Cup Of Tea was originally an events trend spotting company, which more latterly opened a retail arm, portrayed as less of a shop, and more of a “creative space”; operating a carousel of new talent including designers, artists, high fashion, and jewellery. Based around a relevant story, the space features a constantly changing roster of artists and designers creating a space where there’s continuously something to appeal to a varied audience.

Previous collaborations have included the woven gold bracelets of Nicotra di S Giacomo and the chic couture aesthetic of Anna Sammarone, and they remain focussed on discovering and exhibiting young and exciting with talents less typical of the high street. A converted apartment in an particularly charming part of Rome, this is a retail space which epitomises the idea of ‘slow retailing’ but at the same time remains dynamic and hugely interesting by showcasing a spectrum of shifting talent, and works in tandem with their well established expertise in communications and continued reports on fashion trends.

This idea of retailing space configured in a way that encourages the consumer to roam and imagine appears to be something that is becoming increasingly prevalent, with parallels seen from Goodhood Store, to Jigsaw, Dover Street, creating environments to wonder, dwell, and be inspired.