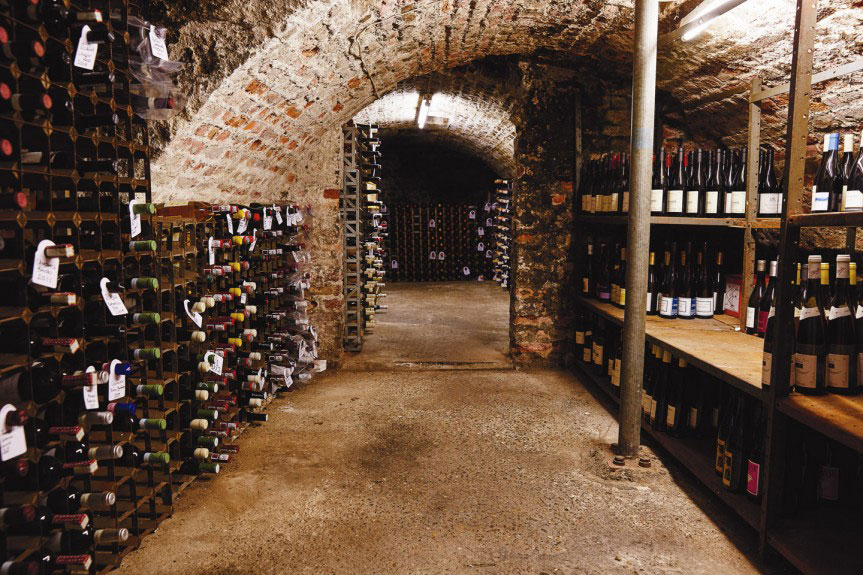 Wine brought together Mark, head buyer at independent wine merchant Roberson, and Dan, who was once the MD of Island Records. After launching their wine magazine (Noble Rot) they’ve finally fulfilled their dream of opening a wine bar and restaurant.

When did Noble Rot, turn from an idea into a reality and what generated that idea initially?

Mark: We started Noble Rot because we felt it was something that didn’t exist. Dan and I met when he came to my wine tasting events and became friends, and soon concluded that there were no magazines that spoke to wine lovers in an easy to understand and interesting tone, that contextualised wine with food and the creative arts. After developing the magazine for 3 years, the restaurant and wine bar concept was a natural progression.

Dan, you came from a musical background, what inspired you to start a wine bar and restaurant?

Dan: I used to eat out a lot through my job as a record company A&R man, but always hated not fully understanding what was on restaurant wine lists. Along with a good friend stoking my interest with bottles of classics like Château d’Yquem and Chave Hermitage, it was one of the reasons I first became fascinated with wine. Over the years my interest in food and wine continued to grow, and although back then I probably never thought I would open a restaurant, it felt like an exciting thing for Noble Rot to do.

How did the magazine lead you into opening a wine bar and how were you able to fund it all?

Mark: We always wanted to make Noble Rot into a physical incarnation, and the plan was originally to open a wine bar. This idea evolved once we had Stephen Harris’ involvement and were confident that we could do something interesting food-wise. We raised money to open the bar/restaurant by selling equity in the business, which was made easier because we had established the beginnings of a brand via the magazine.

What are the benefits of having two people involved in a new business rather than one, do you play to each other’s strengths and weaknesses and if so what are they?

Mark: We rely heavily on each other, and our individual and joint strengths. We run a magazine, bar and restaurant and have several plans in development, so there is lots to do. Dan is very creative and leads a lot of work on the magazine, while I have worked in the wine trade for over a decade and my educational background is in business. We focus on different parts of the company while each retaining big input into what the other is doing.

How do you think London’s restaurant market it changing?

Dan: The food and wine scene in London is the best it’s probably ever been. There’s so much more choice than 10 years ago, and there are interesting independent projects springing up every month.

What are the benefits of having of a magazine to be able to showcase the wines and Noble Rot’s ethos within its pages?

Dan: The magazine is the shop front for what Noble Rot stands for – our ethos about wine, food and life. It’s also about shining a spotlight on other businesses, winemakers, artists, musicians and chefs who are doing things that we love, and it’s great for meeting interesting people. We’re trying to make wine a bit more accessible whilst not dumbing it down – it’s one of the most beautiful subjects in the world.