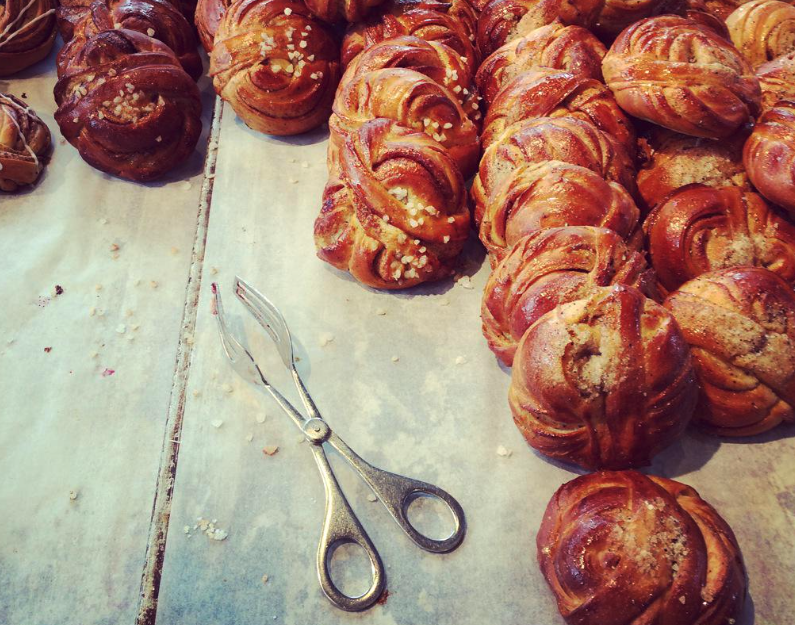 Peter’s Yard is a Swedish inspired café and bakery within the Foster and Partners Quartemile development of Edinburgh’s Old Infirmary site next to the Meadows park. It is popular with residents from the tenements of Marchmont, students in the nearby conglomeration of Edinburgh University buildings and tourists.

Scandi chic in in a black glazed corner unit with blond wood seats and the smell of cinnamon buns and coffee. As well as Swedish staples like open sandwiches on sourdough bread, icing topped mazarin’s and kokostopp coconut cakes there is Rocco chocolate and local Cuddybridge apple juice.

They make their own crisp breads (winners of the Good Taste awards for several years) which are a store cupboard staple but their takeaway cardamom buns won’t last as long. As well as this branch they have another cafe in Stockbridge and a couple of bakery shops in Edinburgh with crisp breads stocked by Waitrose.