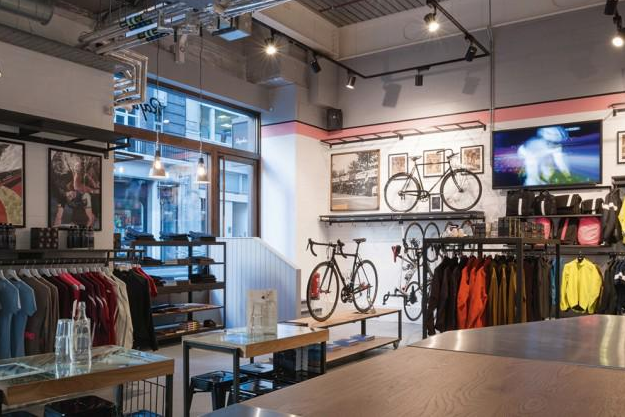 "You can expect to be on your bike for 8-10 hours a day, so this is not for the faint hearted"

UK Cycling is now reportedly worth a massive £2.9bn, and is a huge factor in the lifestyles of many. Bruce Gillingham Pollard has experienced first hand the growth of cycling, witnessing the emergence of a number of concept stores, and in addition, new more targeted bike shops such as Look Mum No Hands and Bespoke, as well as the expansion of spin concepts such as Bespoke and Boom. However, Rapha have now gone one step further. Not content with wearing their clothes on or off your bike, or hanging out in their coffee shop, the serious cyclist can now join them on holiday. So for those who really want to get fit this year, or are going through a mid life crisis, why not join Rapha on one of their international retreats.

For the first time in 2015, you can book one of just 12 places, for the Rapha Retreat Down Under, which coincides with the 17th edition of the highest ranking UCI Pro Tour race outside of Europe. Starting in Adelaide, you will stay in 5 star boutique hotel The Playford, Adelaide’s first ‘art hotel’. Guests get the chance to watch 5 stages of the race, as well as enjoy guided rides on a variety of terrain, with experience mechanics and Soigneur support on hand to look after you and your bike.

If Australia is too far afield, you could consider joining Rapha for one of the legs of the Cent Cols Challenge 2015 a ten stage event, climbing 4,500 metre with an average daily cycle of 200k. You can expect to be on your bike for 8-10 hours a day, so this is not for the faint hearted. With a support caravan, accommodation, meals and back up, you too can feel like a professional cyclist in either, Corisca, Southern Alps, Pyrenees, Cantabrico or Cevennes. If the preparation for this during the next 6 months doesn’t get you fit, then nothing will!