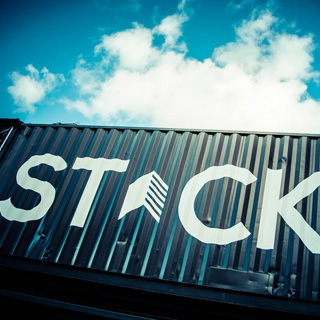 "one of the first container parks to go up outside London"

Creatively assembled on a patch of land once occupied by an Odeon cinema, Stack was one of the first container parks to go up outside London and is cleverly made up of containers stacked around a central area where there is a bar and event space.  With glowing reviews on Trip Advisor, it’s fast becoming a local institution. Home to some of the North East’s freshest and most up & coming local independent businesses, eateries and bars; its regular events often draw in crowds.

The outside, lower ground level features local independent retailers, such as For the Love of the North [local art], Uncaptive Ethical Clothing, The Beer Box [beer from Black Storm Brewery] and Longsands Clothing Co. [Britain’s answer to the Californian surf brands].  The inside and upper levels feature plethora of F&B operators, providing a firm anchor for the retail and offering a whole world of food.  Again, all local operators they include Texas Smokers [meat smoked on site], Eatali [Italian Street Food], Sushi me Rollin and Soul Shack Vegan Grill.

The inner circle is a pop up space and recent events there have included a Queen Tribute, an open-mic night and resident DJ Wednesdays.  If you happen to find yourself in Newcastle, you’d be crazy not to visit!