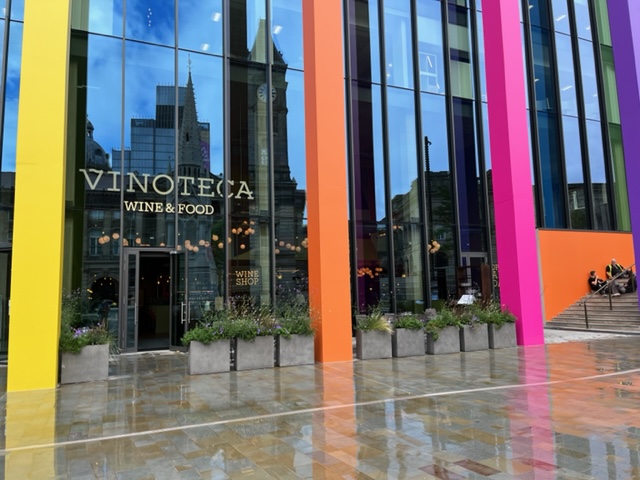 Vinoteca has taken a 3,390 sq ft unit in MEPC’s Paradise mixed-use development in Birmingham. The restaurant at Two Chamberlain Square is Vinoteca’s seventh outlet. Vinoteca co-founder Charlie Young said: “Birmingham has always been quick to embrace new food and drink concepts, and we felt this was the perfect setting for our first regional site. The huge success of the Commonwealth Games has just added to the city’s buzz and has brought a new awareness of Birmingham and all it has to offer.” The Paradise scheme is a major transformation of the heart of Birmingham, and comprises a mixed-use commercial development with up to ten new buildings including offices, a hotel, restaurants, bars and cafes as well as a 49-storey residential tower. The scheme is being progressed through a private-public joint venture with Birmingham City Council and funding managed by Federated Hermes. MEPC is the development manager. Bruce Gillingham Pollard (BGP) advised Federated Hermes and MEPC in the letting to Vinoteca. BGP director, Victoria Broadhead, added: “We have worked with a number of F&B concepts who have looked to expand regionally after establishing themselves in London. Vinoteca is an excellent brand which prides itself on working closely with producers to curate one of the UK’s most extensive wine lists. It has redefined the wine bar concept by offering a relaxed and laid-back experience that can be enjoyed by all. It is a letting which substantially enhances the eating and drinking options at the Paradise development.”