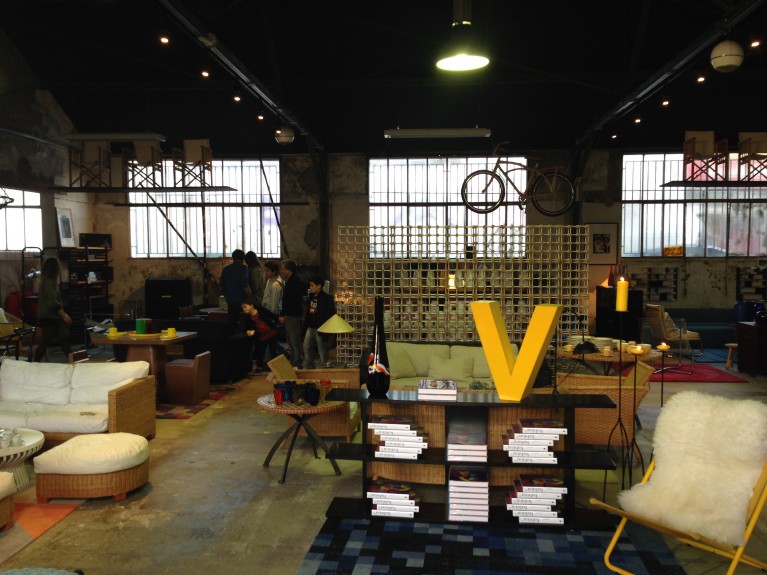 On the northern fringes of the 18th arrondissement  is the famous Marche aux Puces de Saint Ouen. “Les Puces” has evolved (and is still evolving) from flea market to tourist hotspot to antique and art dealer collective. Off one of the side streets is a walled enclave called Vintage Village. There are burger pop-ups and street food vans, the first signs of a Brixton Village-style foodiefication, plus an outlet of L’Eclaireur- selling vintage designer fashion. But most interesting of all is Habitat 1964. A concept store with a twist, it is based around genuine vintage and antique pieces from Habitat. Opened to coincide with the 50th anniversary of the brand, it celebrates iconic specimens of design and household furniture with a big attachment to the Terence Conran name.

Many of these vintage Habitat pieces are collectors items and hard to come by on the open market or the internet. Here, anyone can sell their own second hand Habitat pieces through the store at their approved prices. In my hometown of Bristol, Habitat used to be referred to as local landmark as much as a store. Now, it represents just a small concession in Homebase.  Similarly, the antiques market has struggled with the rise of E-bay as everyone is now an expert. What hits you as you peruse the store is that the majority of the items, although still feeling modern, were designed before the rise of internet shopping and before even the widespread dominance of Ikea.

Heritage here doesn’t mean traditional or old fashioned. The geographical distance from the chic city centre of Paris somehow adds to the feeling that you are shopping in a time before technology came along and changed it all.  You could spend a whole weekend trawling the entire area (Les Puces only trades on Saturdays and Sundays) but the Habitat 1964 store is worth a visit in its own right. Whilst you’re there, check out the eclectic concept stores – focused around antique and found objects for the home and garden – on the neighbouring Rue Paul Bert.