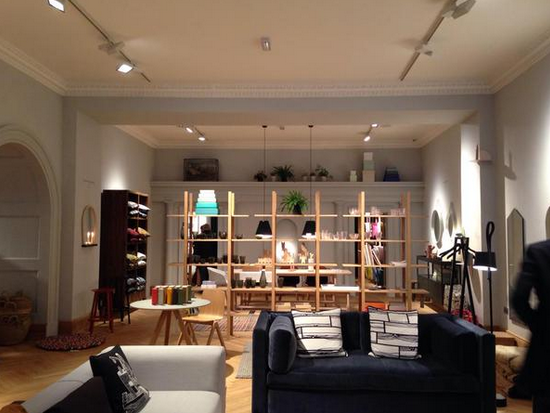 "Uncomplicated and functional, Hay captures the essence of Danish design"

Having seen them in Copenhagen on a client trip in 2014, I am delighted that this fantastic home retailer has opened in my home town in Bath, as their Flagship UK store. Located inside a former bank on Milsom Street, the shop opened its ground floor initially and then slowly opened the rest of the floors as the development continued.

Hay is committed to nurturing young talent as well as exploring the fantastic imagination of established designers. Uncomplicated and functional, Hay captures the essence of Danish design, which is echoed in their incredible fit outs. This is an eclectic store dressed as a house of various rooms including dining room, lounge etc with a full range of homeware products including china glass, soft furnishings, but also quirky gifts.

With Brissi, India Jane and the new Anthropologie store, Bath is feeling more and more like an extension of the Kings Road and Chelsea every day. They have already opened to rave reviews from the shopping public and hope they are going to do more stores in other similar towns.