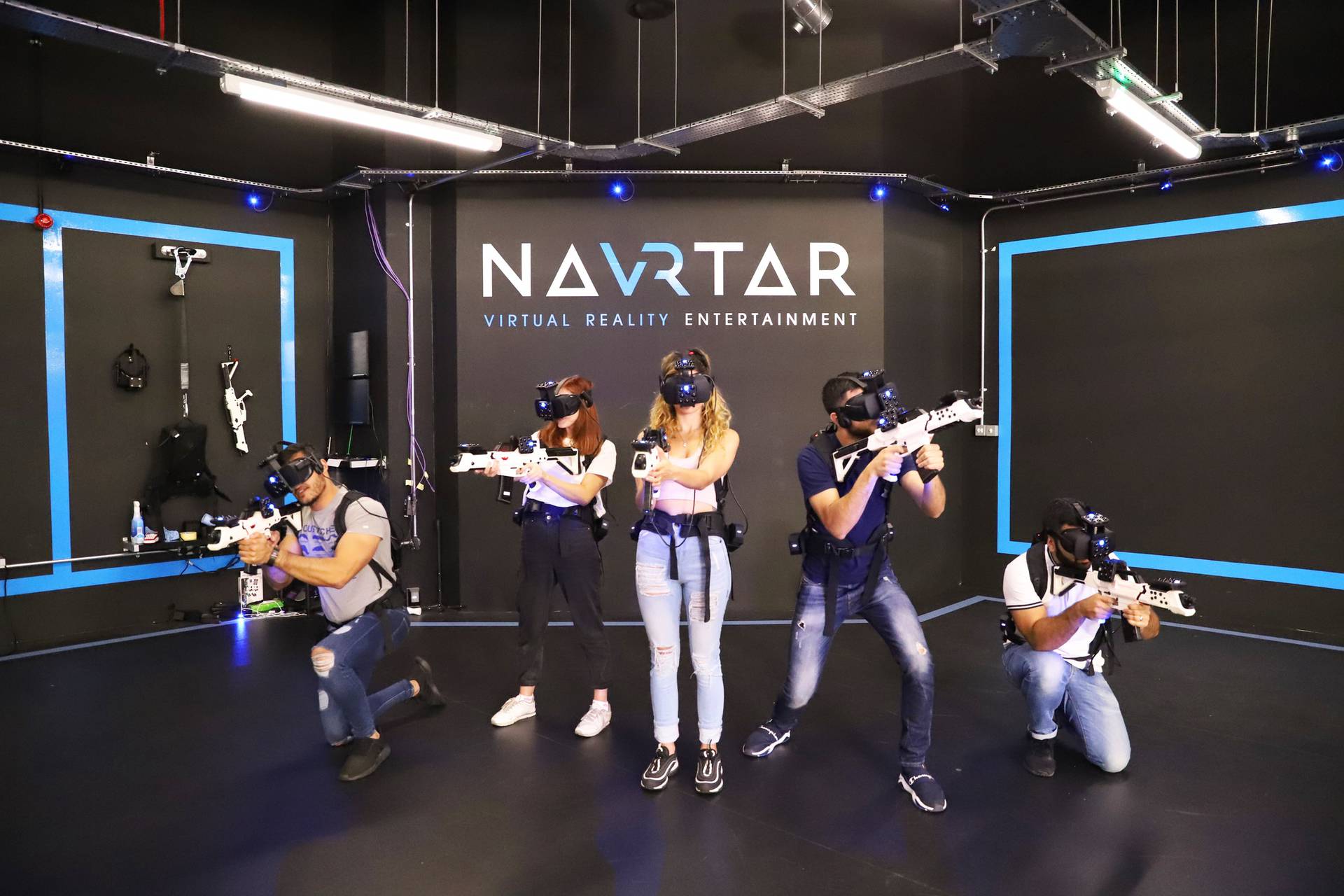 You recently opened in Dicken’s Yard, Ealing. What can people expect from the Navrtar Experience?

Navrtar is the UK’s first free-roam virtual reality and bar experience. The Navrtar experience is the next generation’s version of a social experience, which combines virtual reality alongside a bar. Our main package is broken down into a 30 minute demo and then 30 minutes free-roam where we have a bespoke choice of experiences. Perfect for friends, families and corporates… Navrtar promises to immerse you within a cool virtual world in minutes.

What is a “free roam” gaming experience?

As mentioned before, the term ‘free-roam’ means being able to roam freely in a huge space without the limitation of wires. It caters for group experiences (up to 5) however, it is available for individuals also. This gives customers a real feel of the game and a sense of immersion giving them that feeling of being inside the experience. Again, when you’re able to engage in something like this with other people at the same time with capabilities such as communication, it really makes a huge difference. As tech advances it should entice more people in and take experiences to the next level.

You have entirely 5 star reviews on Trip Advisor! What do people tell you they like most about their visit to Navrtar?

The fact that it is an exciting, fun and unique experience. A lot of the things in and around London offer the same or similar things but with different aesthetics. Navrtar on the other hand not only implements a cool and futuristic theme, but is a next level experience that has not been done before. Customers have said the experience is fun and uncomplicated, meaning it can be experienced by the majority. It is also great to see frequent mentions of how nice and helpful our staff are!

What do you think makes Navrtar so unique?

The fact that it’s something new and something different. It’s an exciting social experience with a futuristic feel that the majority haven’t tried before, and Londoners thrive off new things to do; especially when it’s an experience you can do with friends, families and corporates – it really takes the enjoyment to another level.

E-gaming is a relatively new phenomenon here in the West, (although relatively common in Asia) what do you think are the driving factors behind its success?

The competitiveness and the fact that people are getting into gaming from a young age! Most children and teenagers love gaming and can’t get enough of it as they grow up. I think it’s an easy option in the sense that limited effort is required and it’s there at the switch of a button. With the current level of technology, young people get used to gaming in their spare time. It’s addictive, requires skill, and as there are so many gamers out there, there’s been enough interest and interaction to turn it into a massive industry. It’s something I can see growing more and more especially as the tech is becoming more advanced every year. It’s so realistic and people love the immersion; that’s what engrosses people and the fact that ‘online gaming’ is available gives it that competitive feel. Most people get carried away when it comes to being better or being the best!

This is your first UK centre (in London). Do you have plans to expand to other cities?

We are definitely open to the idea of expanding! London had to be our first location due to the influence it carries. Having Navrtar in other areas across the UK is something we’d consider if the opportunity arose.