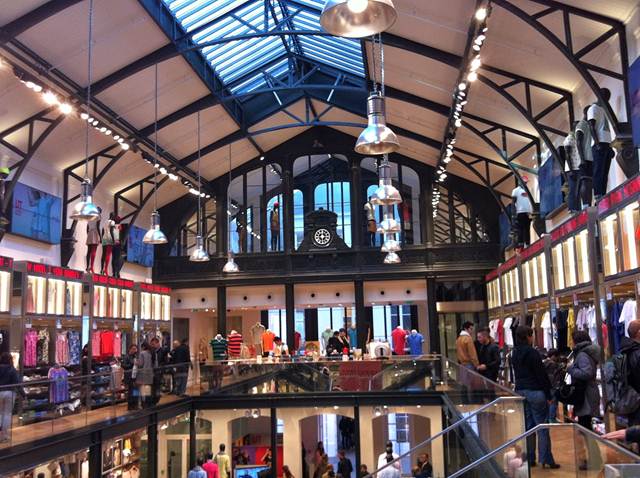 The Marais is almost as old as some of the first inhabited parts of Paris and still maintains some of that old world charm, it is the only area in Paris that has preserved the narrow streets and architectural styles of the Medieval and Renaissance-era. In stark contrast to the old and historical Marais, it is also a destination for the fashionable, stylish and creative as it is fast becoming  filled with new brands showcasing flagship and concept stores.

In April of this year Japanese brand Uniqlo opened their flagship Paris store in the Marais district – joining many other ‘concept stores’ within this famous city. Spanning over three floors and displays a selection of its menswear and womenswear collections.

The store is 8800 sq. ft. and the next step in the international expansion of the brand. What I loved was the way that a ‘concept store’, something so modern and fresh, opens up behind a classic façade. This juxtaposition is in some ways the essence of the Marais, finding the contemporary amongst the history – well worth a visit.